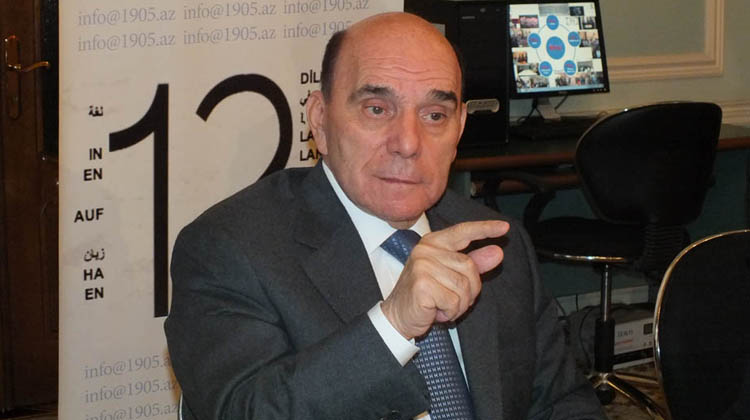 I would like to remind that the Independent External Investigation Body was established by the decision adopted at the Bureau meeting on January 27, 2017, in order to look into allegations of corruption within PACE. The mandate of the Investigation Body included to investigate active and passive corruption activities of members or former members of PACE, thus, it should have covered all Member States of the Council of Europe.

As expected, the Investigation Body, in its report, has paid special attention to the “gifts” presented in connection with the activities relating to Azerbaijan. However, as the authors of the report did not find any ground or fact, they have acknowledged that it was not possible to establish that ‚Äúsuch gifts were given in exchange for the agreement of particular MP or secretariat member to act in a particular way‚Äù.

One of the sources referred to by the Investigation Body includes the reports published by the European Stability Initiative (ESI), a European-based think tank, one of the authors of the so-called allegations of corruption concerning Azerbaijan, which demonstrates hostile position against Azerbaijan. Interestingly, European Strategic Intelligence and Security Center (ESISC) has stated in its report that the ESI was created by George Soros and intended to destabilize Azerbaijan in favor of Armenian cause. In response to that report, Knaus, head of ESI, told on 6 September 2017 that the ESI had never received money from Armenia and had only once produced a report on Armenia, which concerned the issue of genocide. According to Knaus, the George Soros Foundation had financed sixteen percent of the overall ESI budget that had been intended for work on Albania, some general work on the EU and other work on human rights. Knaus stressed that the George Soros Foundation still financed about twenty percent of ESI‚Äôs current budget. Thus, the main purpose of ESI has been to launch reactions against Azerbaijan within the framework of PACE, as well as to attract the attention of media and national judicial authorities. However, the lobbying activity of ESI, organized by George Soros and aimed at destabilizing Azerbaijan in favor of Armenian cause, remained beyond the Investigation Body‚Äôs report. Instead, the Investigation Body referred to ESI‚Äôs biased anti-Azerbaijani reports as the source. This once again proves that the report is not objective.

The authors of the report, who cannot find any evidence to confirm the allegations of corruption on the functioning of PACE in matters concerning Azerbaijan, point out as the last ground that their main concerns relate to the appointment of rapporteurs on Azerbaijan, relations between local authorities and rapporteurs, and the behavior of rapporteurs following their visits to the country. The Investigation Body notes that one of its main concerns, according to some witnesses heard, is the ‚Äúimpression‚Äù that main supporters of Azerbaijan are appointed to the main positions in the political arena, and cites Sawicki‚Äôs evidence of 5 September 2017 to justify its position. During the hearing, Sawicki stated that the appointments to various positions in PACE were particularly problematic.

In the context of accusations against the Azerbaijani state the report notes that the report prepared by Pedro Agramunt and Debono Grech for the Monitoring Committee and adopted during the 2013 January session had been the subject of many attacks. The investigation body notes that according to Leyla Yunus, the report was a sham and even during a press conference in Baku, she had accused them of having been bribed by the authorities. However, the Investigation Body acknowledges in the report that it is unable to justify such claim with evidences.

The Investigation Body mentions a number of allegations concerning the corruption activities. In this context, it outlines the information given by Mr. Arif Mammadov, former Ambassador of Azerbaijan to the Council of Europe. The report reads that according to Arif Mammadov, the “dirty lobbying” in PACE was headed by Elkhan Suleymanov. Arif Mammadov said that he ‚Äúhad heard‚Äù from the members of the Azerbaijani delegation that 30 million Euros were allocated for “dirty lobbying”. However, the report notes that Arif Mammadov had never seen any envelopes changing hands. But he had seen me meeting members of different delegations in the corridors and heard me saying that I would come to their hotel in the evening. He had also said that I had had lunch with other members of PACE at CoE restaurant and met outside CoE premises. Thus, Arif Mammadov’s evidence consists of unverified information heard only by himself, or unnecessary events such as lunch at CoE restaurant or meetings outside. This evidence lacks any probative value.

The report also includes Leyla Yunus’s evidence on allegations of corruption in PACE. But it is clear from the content of her evidence that it is weak and indeed reminds rumors and claims that she had heard. None of these elements have been verified or directly approved by herself (claims by public officials and by a student whose name she is unable to identify). The report does not indicate any evidence to confirm her words.

In the report referring to the testimony of some members of Secretariat, as well as members of PACE, I am supposed to play an important role in promoting Azerbaijan‚Äôs interest as a member of Azerbaijani delegation within PACE. The report says,¬Ýthe intricate people¬Ýconfirmed that I have rarely participated in plenary and committee meetings of PACE, however, I have always taken part in debates on Azerbaijan and¬Ýin particular I took floor there.

Here appears a logical question: is it an important issue for the allegations connected to the corruption activity whether I did not take part in the discussions of no interest issues during the plenary and committee meetings, or my obligatory participation and speeches during debates related to Azerbaijan? Can we come to the conclusion that a person has been engaged in corruption only referring to his participation in PACE debates?

In the report, the Investigation Body is investigating the rejection of the report made by Strasser about the follow-up of political prisoners in Azerbaijan. In this respect,¬Ýthey remind the letter sent on 30 May 2012 to Mr. Gregor Puppinck, Legal and Justice Center of the European Parliament by Volonte, who was the chair of EPP Group within PACE at that time.¬ÝIn that letter Volonte writes, ‚ÄúIt is necessary to do research on the concept of ‚Äúpolitical prisoners‚Äù according the opinion some of his friends from Azerbaijan. According to the report,¬ÝVolonte thinks that there is no common definition of political prisoners in international institutions, and PACE Legal Affairs Committee should be engaged in this issue.

I should note that the Azerbaijani side has claimed for many years that there is no commonly accepted criteria for the definition of political prisoners in PACE. Surely, we used to make propaganda campaign among the members of Assembly, sent e-mails to them, as well as to the leaders of political groups and tried to convince them by facts about the absence of these criteria. After longstanding struggle,¬ÝPACE admitted this fact¬Ýand Strasser had to prepare two reports: ‚ÄúThe defining of political prisoners‚Äù and¬Ýthe¬Ý“Follow-up to the issue of¬Ýpolitical prisoners¬Ýin Azerbaijan”.

What does the short review of the report made by Investigation Body reveal: Why was Azerbaijan chosen as a main target in the report? What is the purpose of the report, and have the targets been achieved?

In order to answer these questions, it is necessary to pay attention to the chronological framework of the report by Investigation Body.¬ÝAs it was mentioned earlier, the report embraces the period after 2008.¬ÝAzerbaijan has made a number of achievements in PACE just after 2008:

Naturally, anti-Azerbaijani and pro-Armenian centers could not accept the continuation of effective collaboration between Azerbaijan and PACE and had to prevent it by all means. On the other hand, the acknowledgements of the European organization on the criteria of the political prisoners, the prevention of the adoption of report prepared by Strasser, which served to the interest of certain powers, the permanent presence of the fact on the occupation of Azerbaijani territories by Armenia being on the agenda of European organization, Azerbaijan‚Äôs comprehensive response to biased allegations against it made those anti-Azerbaijani centers feel uncomfortable.¬ÝThus, the allegation of corruption related to the Azerbaijani activity has been put on the agenda in PACE. During the mentioned period, co-rapporteurs on Azerbaijan and PACE members, who have been the head of election observation missions, heads of Committees and leaders of the Political Groups collaborating with Azerbaijan have been suspected of corruption allegations.¬Ý¬ÝAnd finally, an Independent External Investigation Body, contradicting the European Council‚Äôs Charter, has been established within PACE in order to investigate the allegations of corruption.

¬ÝAlthough this Investigation Body was ‚Äúindependent‚Äù, it in fact functioned under the dictation of and obeyed to the will of Azerbaijan‚Äôs enemy Sawicki, Secretary General of PACE.

Has the goal been achieved? In order to answer this question, it is necessary to respond to another question: What was this unprecedented anti-Azerbaijani campaign aimed at?

It should be particularly emphasized that this campaign intended to undermine Azerbaijan‚Äôs image, to isolate it from the international community, to keep Azerbaijan under constant criticism and pressure, to achieve that the fact of occupation of Azerbaijani territories by Armenia is forgotten and to try to keep those territories under occupation, to create fear of sanctions in European parliamentarians wishing to cooperate with Azerbaijan and to prevent them in this activity.

As the report of the Investigation Body has come to the agenda, anti-Azerbaijani forces reached their goals to some extent. Thus, even there is no evidence and proof, PACE rapporteurs on Azerbaijan and heads of observation missions in Azerbaijan, since 2008 till to date, were suspected of allegations of corruption, were alleged of violating Assembly‚Äôs Code of Conduct, and were threatened with suspension of their activities. Consequently, the position of Azerbaijan in PACE was seriously damaged and the number of its supporters significantly decreased. There is a sense of fear in PACE members that they will be subjected to sanctions, if they support Azerbaijan’s position.

One of the conclusions of the report of the Investigation Body is that governing system in PACE has seriously been undermined. The report, in essence, apparently revealed the “owner” of PACE. Currently, no political groups or committees in PACE exist; leaders of political groups, chairpersons of the committees, PACE leadership are subordinated to the will of Secretary-General Sawicki; all processes within PACE are led by Sawicki; and he achieves his goals. 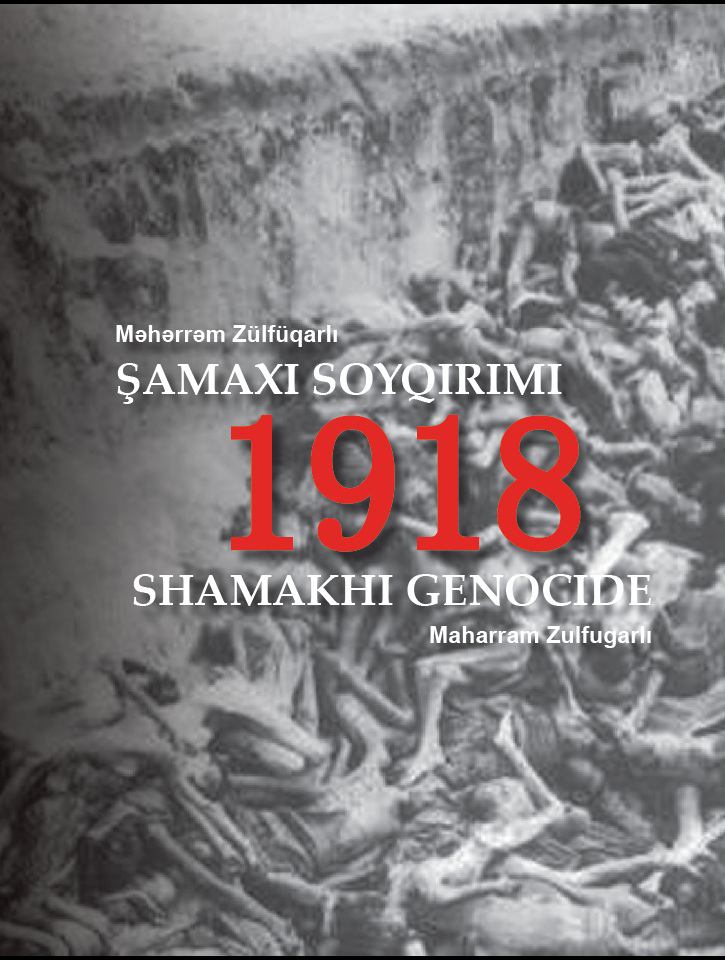 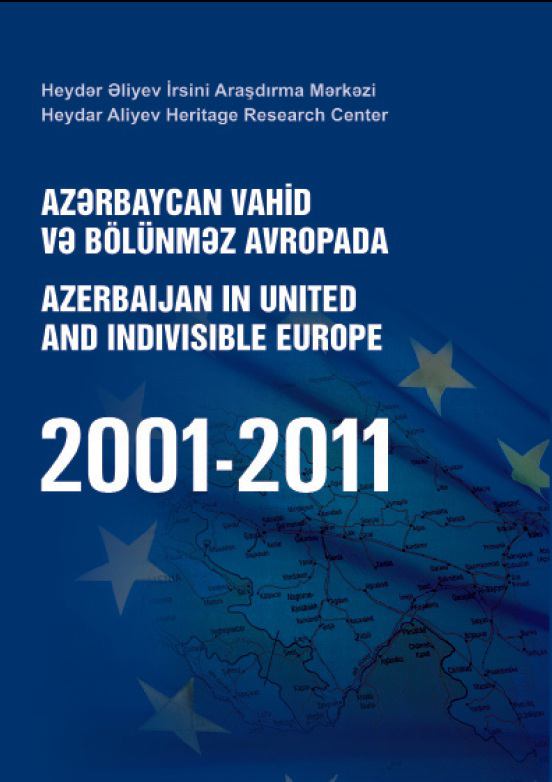 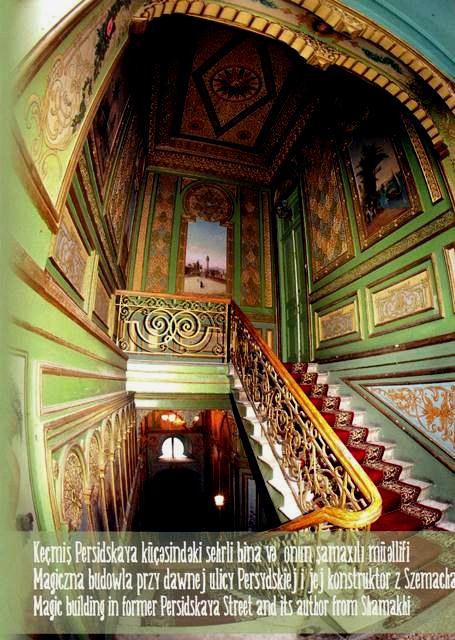 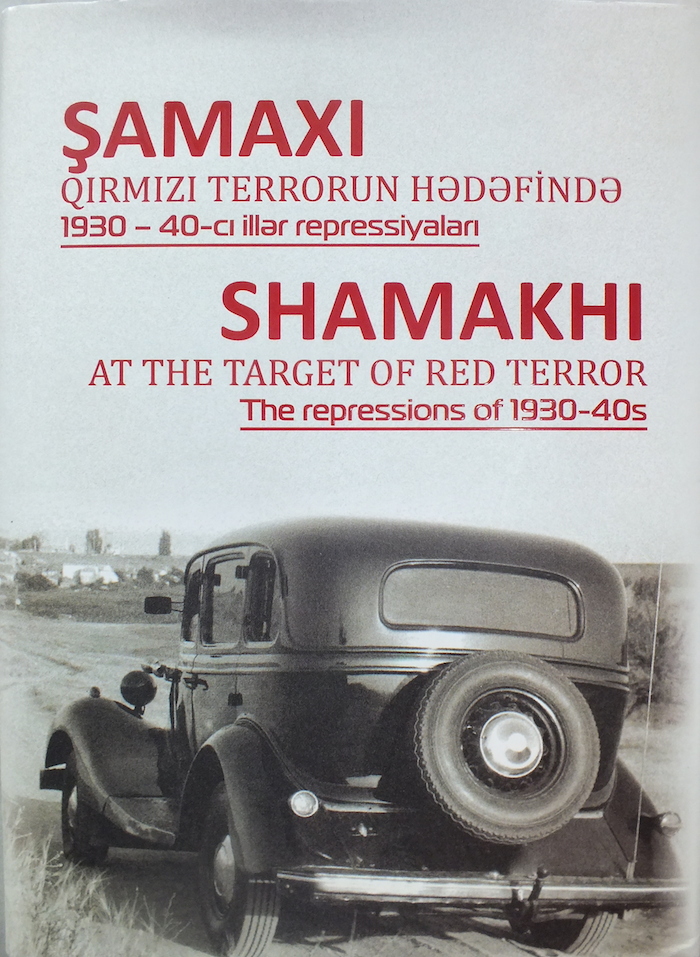 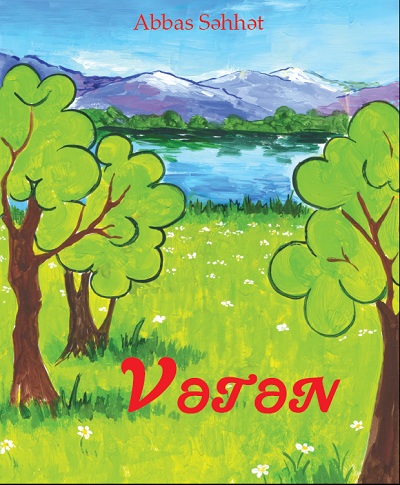 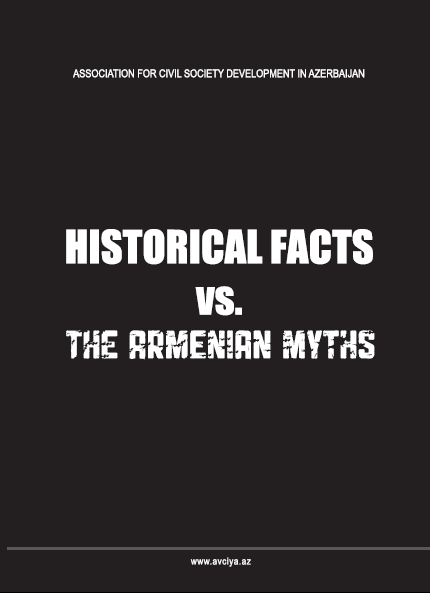 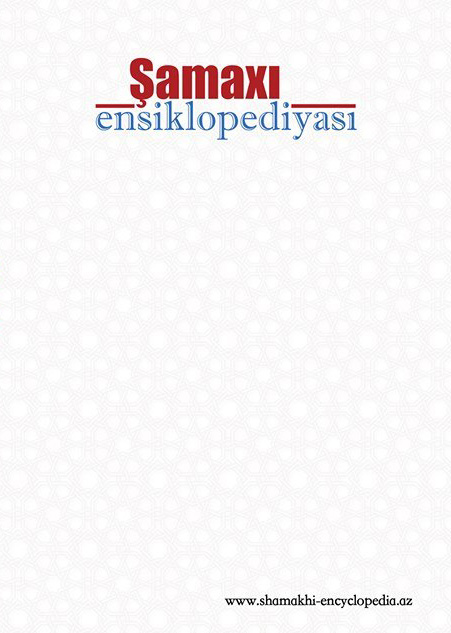 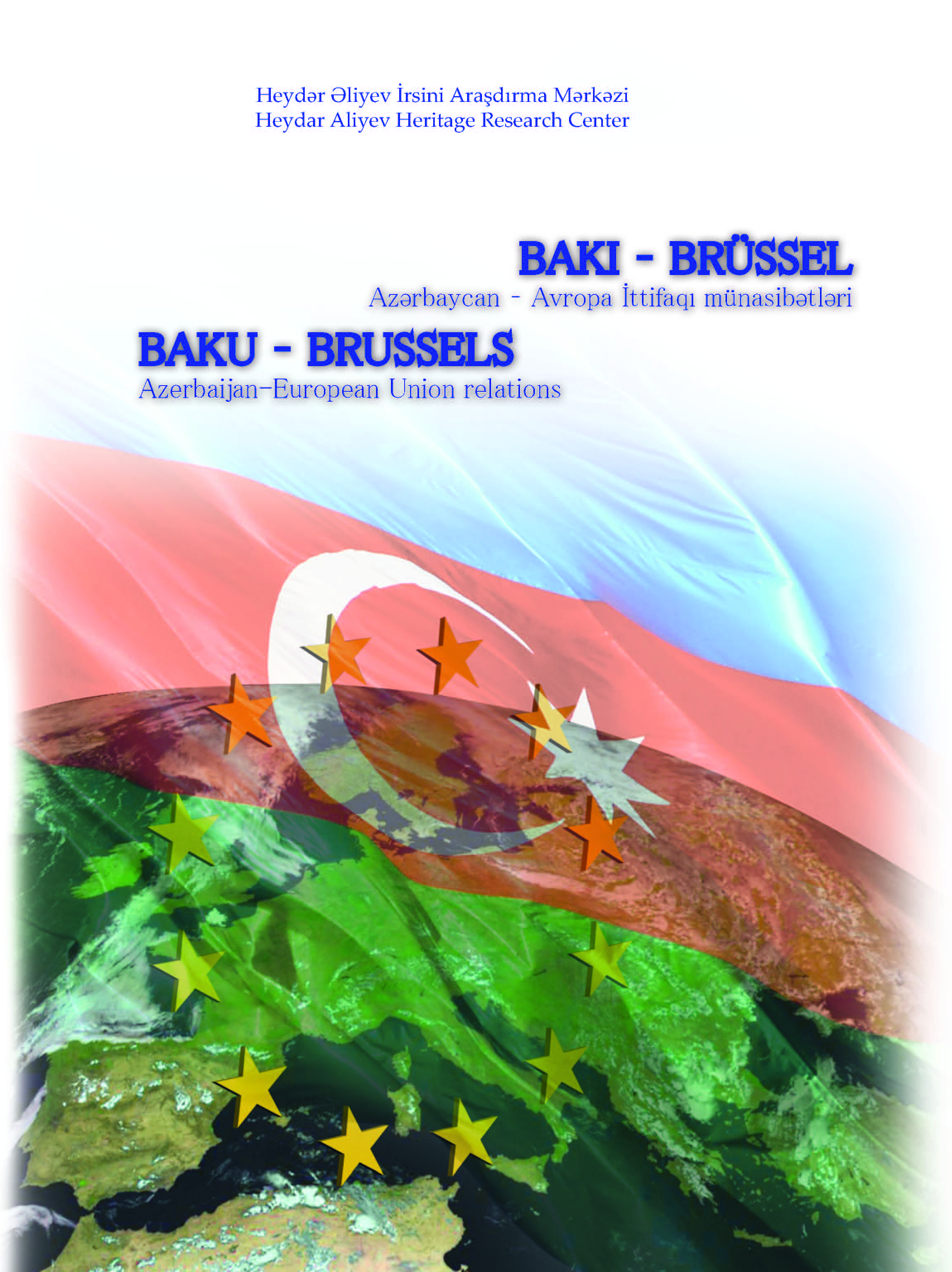 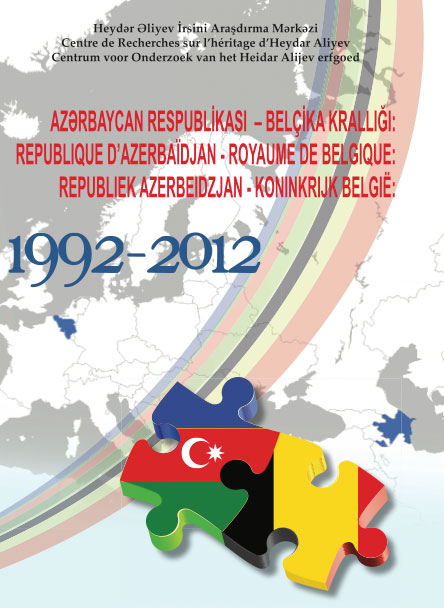